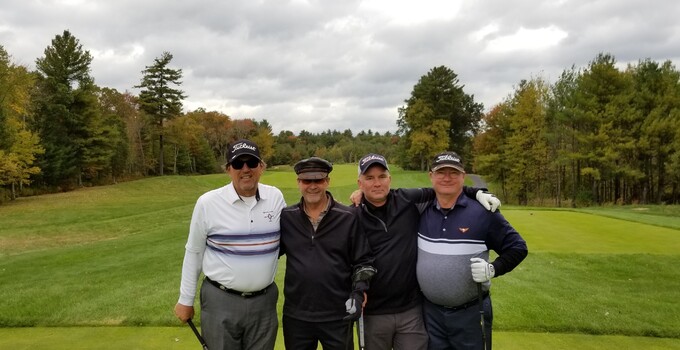 For participants in the World's Largest Golf Outing -- a national charity golf tournament benefitting Fisher House Foundation -- it's as much about fundraising skills as golfing ability. This year, all teams that raised at least $500 by August 6 were entered into a raffle to win a Titleist trip.

Congratulations to the winners, Team Power Plus, who raised over $6,000 for Fisher House Foundation! The team, consisting of Doug Caney, George Fadeley, Rich Grimes and John Hood, enjoyed a visit to the Titleist headquarters in Fairhaven, Mass., and a round at TPC Boston. They described the trip as "a very educational experience as well as a most enjoyable one."

Since 1990, Fisher House Foundation has provided a “home away from home” for families of patients receiving treatment at major military and VA medical centers. Their network of 76 comfort homes has provided over 335,000 families with no cost lodging, allowing families to be close by while a loved one undergoes treatment and recovery. One $10 donation covers the costs to house a family in a Fisher House for one night.

WLGO was created in 2011 when Peter Hill, CEO of Billy Casper Golf, envisioned all the courses in the BCG portfolio holding a golf outing on the same day and having that event make a difference. The simultaneous charity outing, managed by BCG, combines two of the company's passions: playing golf and giving back. Several national celebrities from PGA Tour legend Chi Chi Rodriquez to 42nd President Bill Clinton have donated to WLGO.