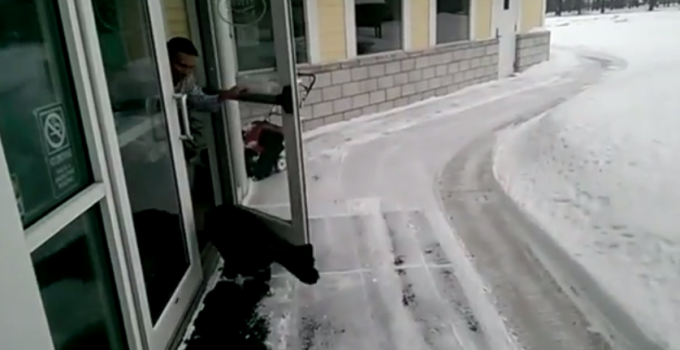 With much of the country having gone through horrific snow storms recently, there hasn’t been much golf played in places like Euclid, Ohio where Briardale Greens Golf Course resides. However, one member is quite enjoying the elements.

Rosie, a 3-year-old boxer rescued last year around Christmas by the club’s Food & Beverage Manager Dominic Mercadante, is known for her playful nature. She loves playing in the snow and requires lots of exercise in order to maintain good health and a good temper, according to General Manager Matthew Baca.

“We realized that Rosie needed exercise and Briardale has had a goose problem for years now,” says Baca. “Dominic took her for a test run last spring and she took to the geese immediately. “After a few short weeks, the geese were down in numbers and we were well aware that Rosie posed a daily threat.”

Although the geese are not happy to see Rosie, there are many who certainly are.

“Golfers love the sight of Rosie on the course in action as well as seeing her around the clubhouse,” says Baca. “She is even greeted with treats once in a while from our guests.”