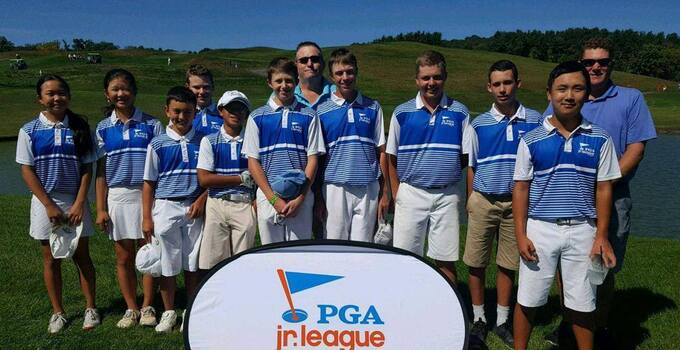 Best of luck to the team from Royce Brook Golf Club competing in the 6th PGA Jr. League Championship presented by National Car Rental! The Royce Brook squad is one of eight All-Star teams playing in the event at Grayhawk Golf Club in Scottsdale.

Royce Brook is representing the Mid-Atlantic as the club -- managed by Billy Casper Golf -- is located in Hillsborough, N.J. Captained by Anthony Latham, PGA, the team won the Mid-Atlantic Regional at LedgeRock Golf Club in Pennsylvania in September.

Each 10-person team will compete against the three other teams in their division on Friday and Saturday (November 17 - 18) and the two teams with the best records will compete for the national title.

Under Anthony's direction, the junior golf program at Royce Brook has flourished and is recognized as one of the most comprehensive and innovative junior teaching programs in New Jersey. Fun fact: Anthony was a two-time collegiate All-American and four-time All-Conference selection at Trenton State College.