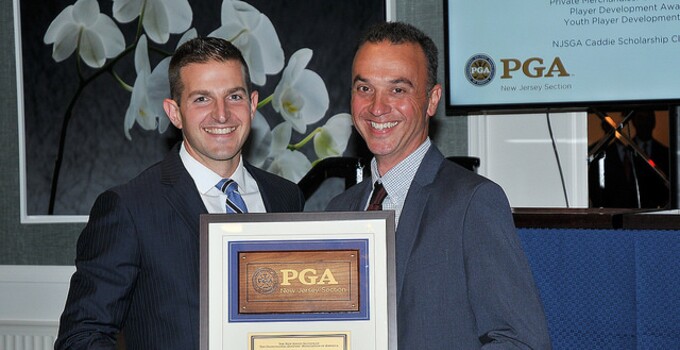 A PGA of America member since 2001, Mike is a golf instructor at the BCG-managed Morris County Park Commission Golf Courses (Berkshire Valley, Flanders Valley, Pinch Brook and Sunset Valley). He also coaches a local co-ed high school team, which has won the Freedom Division of the NJAC four times in the last six seasons including back-to-back titles in 2011 and 2012. He was named 2012 Coach of the Year by the New Jersey Herald. Additionally, he has led the Morris County Park Commission Junior Golf League team out of Flanders Valley for the past two seasons.

Mike also serves on the NJPGA's Junior Golf and Growth of the Game committees and volunteers with the New Jersey Golf Foundation to introduce golf to new players in the state. This was his third consecutive nomination for the Youth Player Development Award and first win. Learn more about Mike by watching the video below.

Over the course of his career, Mike has been involved in many aspects of the golf industry, but his true passion is assisting new and current golfers to improve their games and find more enjoyment from the game of golf.