Michael Brennan and Erik Dulik to Compete in U.S. Amateur 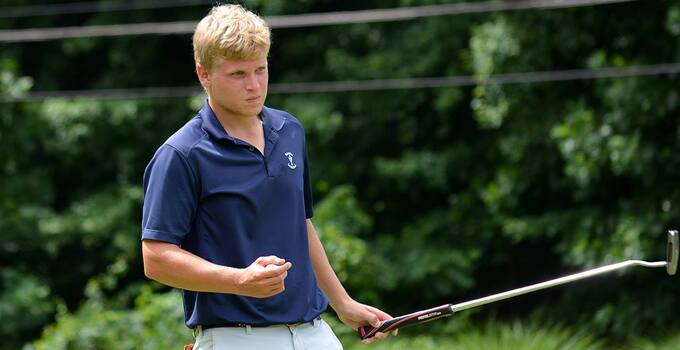 Michael carded two rounds of 69 to lead the field with an 8-under 138 tournament total in a qualifier at Chambersburg Country Club in Chambersburg, Pa. The Wake Forest University commit is a student of 1757 Golf Club’s Adam Harrell. Last year, Michael became the youngest ever Middle Atlantic Amateur Champion and was named the 2017 VSGA Junior Boys’ Golfer of the Year.

Despite 40 mile-per-hour wind gusts, Erik posted a 2-over 146 two-round total to earn co-medalist honors in a qualifier at Bidermann Golf Club in Wilmington, Del. A recent University of Louisville grad, Erik was a standout on the men’s golf team. The Great Falls, Va., native works in the pro shop at 1757 Golf Club and that isn’t his only tie to Billy Casper Golf (BCG); he also lists Reston National as his home club.

Featuring the top amateur golfers from across the country, the 118th U.S. Amateur will be played on iconic Pebble Beach Golf Links and Spyglass Hill Golf Course. Forty-three of the top 50 in the World Amateur Golf Ranking (WAGR) are expected to compete.