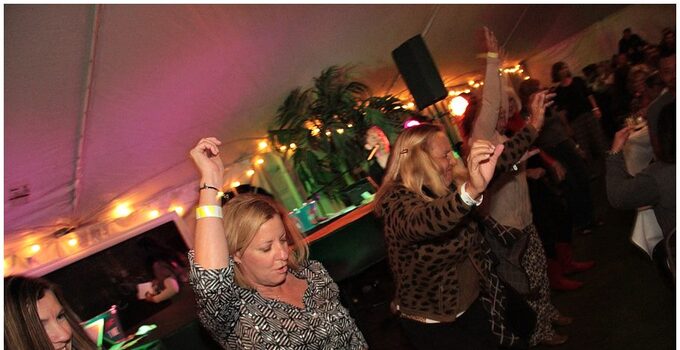 Before the turkey and the stuffing and food pants on Thanksgiving, hundreds enjoyed a great night of music, dancing and, yes, food at Sun N Lake Golf Club.

On Thanksgiving Eve, Sun ‘N Lake partnered with Avon Park Jaycees and J.J. Taylor to host our first-ever Pilgrim Palooza. The six-hour event began a 7 p.m., with free beer for the first hour and food through the night.

The evening began under a tent on the back lawn of the clubhouse with 400 people and a two-hour show with Howl at the Moon. The dueling-piano sensation had the crowd up out of their seats, dancing and having a great time. When the concert ended, the crowd retreated inside for the three-hour after party with DJ Ian Belanger.

The event was sponsored by the Heartland Young Professionals and several local sponsors, crucial to making the night a success and starting talk of sequel in 2015!