Golf on the baseball diamond? Only at Meadows Farms 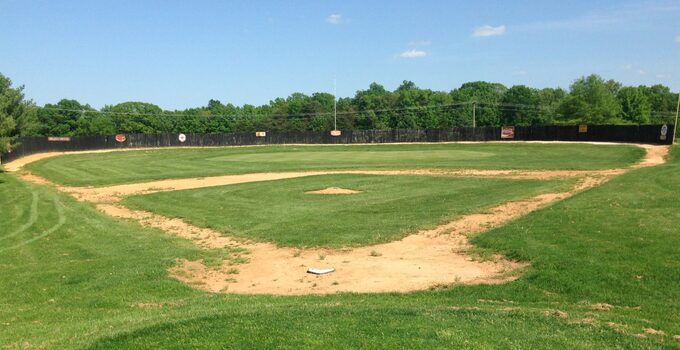 The Boys of Summer are at it again, with baseball season in full swing. And if you're like us at BCG and been to a baseball game recently, I'll bet you've thought about dropping a 9-iron (maybe a wedge) over the centerfield wall for a dinger.

Your favorite Major League Baseball team would probably frown on that -- especially during a game -- but we are happy to announce a new solution.

Billy Casper Golf has been selected to run Meadows Farms, located near Fredericksburg, Va. The 27-hole facility boasts three of the most unique golf holes in the world, including the longest hole in American golf coming in at 841 yards (don't worry, it's a par 6), a waterfall hole and what's known as the Baseball Hole. The last of the three is exactly what it sounds like: a golf hole situated on a real baseball field.

If you think about it, the shot should be pretty easy. Dead centerfield in most big-league ballparks is less than 420 feet away from the plate -- a mere 140 yards.