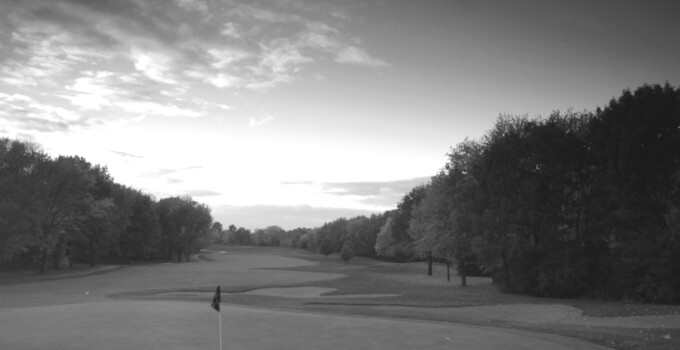 With a month left before the first day of spring, and courses across the country closed due to cold weather and snow, many golfers are itching to pick up their clubs. Kurt Uniek, Player Development Manager & Golf Instructor at Billy Casper Golf-managed George Dunne National has put together a series of winter instruction articles. The second in this three-part series looks at the pros and cons of golf domes and indoor simulators.

If you’re like me and live in an area where winter chases us golfers indoors, then you know that you really only have two options to work on your game: golf domes or indoor simulators.  For the sake of this article, when I refer to indoor simulators I am referencing the establishments that have simulators available to rent by the hour.  Both options have their pros and cons, and either one would be a fantastic choice accompanied with a lesson from a PGA Professional (hint, hint).  So, let’s look at the differences between the two.

First, let’s take a look at golf domes.  I have a lot of students that love going to the local dome in an attempt to keep their game sharp during the winter.  I try to talk them out of going and here are my reasons.  The first and biggest con I see with the domes is that you are unable to see your shot’s curvature.  Most domes are only 80 to 100 yards in depth and that is just not long enough to see which way your ball is curving.  Knowing which way and how much your ball is curving is crucial, because this gives you everything you need to know about your clubface to club path relationship as well as the centeredness of your strikes.  If you don’t know where your ball is curving, all you’re left with is your shot’s initial starting direction (we’ll touch more on this in a minute) and, in my opinion, that’s only 50% of each shot’s story.

Another big drawback to domes is that you never know your carry distance, that is, unless you are hitting shots less than 80 yards.  Knowing how far you carry every club in your bag is vital in improving your game, for obvious reasons.  So, if you go to a dome and you can’t see your ball curve and you have no idea how far it is going, how in the world do you expect to get better?

OK, I will give the domes one in the pro column and that is being able to see your shot’s initial starting direction.  This is important because your club face is 85-90% responsible for every full shot’s initial starting direction.  This will give you an idea where your club face was pointing at impact.  But in order for you, the golfer, to know this, you have to know where you are aiming. So, you have to take the time to lay down an alignment stick and maybe even something like a headcover a step or two in front of your ball and you have to line up to this for every shot.  If you fail to do this, then all you are doing, in my opinion, is a very low impact aerobic workout.

Now, let’s look at indoor simulators.  If you are serious about working on your game and trying to improve for the upcoming season, here’s why practicing with an indoor simulator on Driving Range Mode is the smart approach.  First, you can see the curve of your shot as well as your shot’s initial starting direction.  These two factors together will give you the entire story of your shot.  Just like outdoors.  Do you think this might be helpful?  Well, I certainly do and I hope that by now you are in agreement.

Second, you can get the carry distance of each shot along with some other useful data like spin rate, ball speed, and launch angle.  If you are going to put the time in to practice, don’t you think it would be wise to learn how far you ACTUALLY carry every club in your bag?  OK, I won’t say it, but you know where I’m going with this. Time for a quick story here. Dustin Johnson rose to number one in the world this past season in large part due to an improved wedge game.  How did he improve? He incorporated a launch monitor into his wedge practice.  DJ and his coach only used one data setting on it, any guess which one?  If you said CARRY DISTANCE, you are catching on!

Let’s continue. If a golf shot’s initial starting direction is primarily influenced by where the CLUBFACE is pointing and the curve of the shot is dependent upon the relationship between the CLUBFACE and the CLUBPATH, if you are able to see both, don’t you think you then have enough information to start to try to make corrections if needed?  I know my students know the answer to this one: YES, Kurt, by all means YES!!  Now you are able to practice with productivity and you’re not just getting a low impact aerobic workout for the price of an hour’s worth of balls at some golf dome.

Wrapping it up here.  If you are serious about working on your game and/or improving your swing, I hope that you can see why it would behoove you to move your practice time from a golf dome to an establishment that has an indoor simulator.  Also, seeking the assistance of a PGA Professional to help guide you down the path wouldn’t hurt either.  I hope that you see the feedback that you get from an indoor simulator is too good to pass up and, let’s face it, during the winter you’re going to have lots of opportunities for aerobic exercise by snow blowing your driveway a dozen or so times.

Kurt has been working in the golf industry for over 20 years. Along the way he has worked at both private and public courses as an Assistant Professional, Head Professional, Director of Golf, and Instructor.  Kurt is a local south suburbanite, having gone to High School at Oak Forest, Junior College at Moraine Valley CC, and finishing up at Southern Illinois University at Carbondale where he earned his degree in Psychology.

"The teaching style that I have cultivated during my time around the game can be described as fundamentally driven with an emphasis on giving the student the knowledge and understanding of the HOW and WHY with regards to their own swing. The goal of hitting the ball better with the result being lower scores  and having more fun are the obvious end game, however, I want my students to know enough about their own swing so that they can self- correct while on the golf course.  To me that is the sign of a good teacher/student relationship.  So come on out and schedule a lesson and let’s have some fun and make this the best golfing year you’ve ever had."