FootGolf kicking off in Northern Virginia 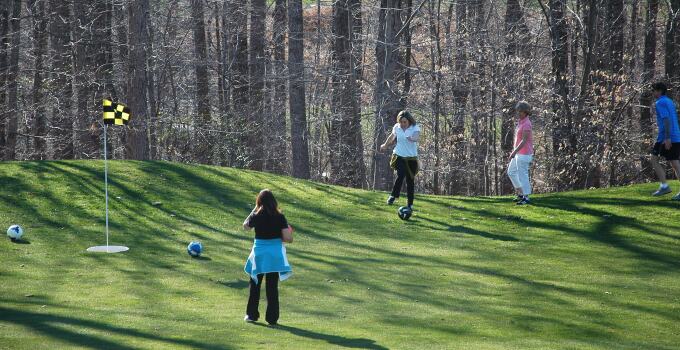 Make your jokes about using the old foot wedge, but FootGolf is generating a lot of buzz across the country.

Part of a number of new ideas offered by golf leaders, FootGolf is a take on the traditional game, except you use two feet instead of 14 clubs, a soccer ball in lieu of a golf ball, and the holes are considerably shorter. For whatever reason -- the parallels to the game or the differences -- FootGolf has piqued the curiosity of a lot of folks, golfers or not.

WTOP radio in D.C., one of the nation's most-listened-to stations, profiled Billy Casper Golf's efforts to implement FootGolf alongside traditional golf at a pair of its facilities in Northern Virginia: General's Ridge in Manassas Park and Lake Ridge in Woodbridge.

"I think a lot of the appeal for footgolf is that it is casual, it is less stressful, it is a lot of fun to play," said Mark Wesolek, regional manager for Billy Casper Golf.

Give the game a try for yourself at General's Ridge or Lake Ridge. But before you do, read up on the rules of the game with our handy FootGolf mini-site.