FootGolf Catching on at Dunedin Stirling 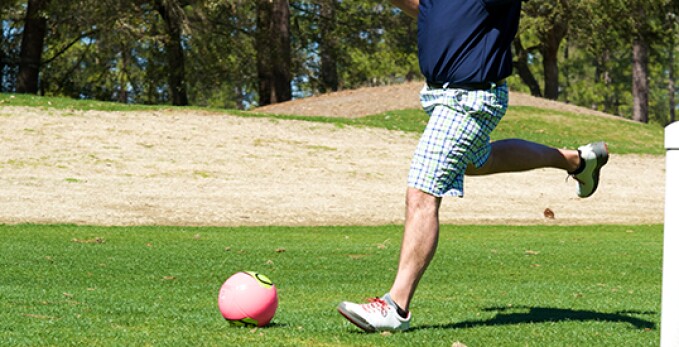 Golf and soccer wouldn’t seem to have a lot in common other than they both use a ball and are played on grass.

But combining the two sports has produced a peculiar game called FootGolf that’s growing steadily in popularity. At Dunedin Stirling Links more than 100 rounds of FootGolf are played each month.

The rules are just like golf, but the goal is to put a soccer ball into the hole, which is roughly 20 times wider than the typical golf cup. Instead of clubs, players use their feet.

The introduction of FootGolf has come at a time when many golf courses have felt the strain of decreasing popularity. Traditionally, golf has been an expensive sport in which players use pricey equipment, including a set of clubs, gloves and specialized shoes.

Read the complete article at clearwatergazette.com