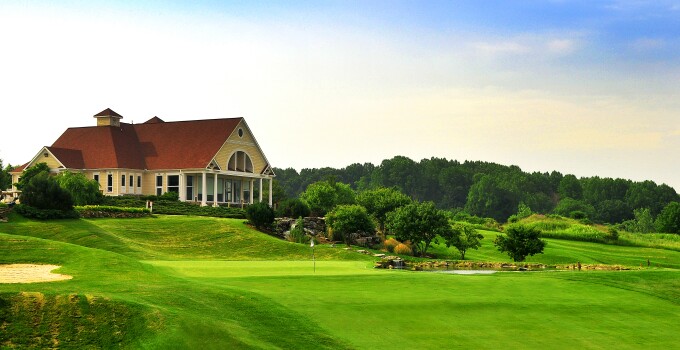 One of the icon’s in the golf caddie ranks, Jim Furyk’s looper Fluff Cowan, loves coming out to PB Dye Golf Club in Frederick, Md. Cowan, a Rockville, Md. native, has come to the course for 12 years, often playing in the late fall and the spring.

“PB Dye is one of his favorite courses to play,” says General Manager Billy Cullum. “It’s challenging off the tee and around the greens.”

Cowan has been a mainstay by Furyk’s side for well over a decade, but is now getting ready to retire after a lengthy career. While playing a recent round at PB Dye, Cowan shared some insight into how a PGA Tour player thinks during his swing.

“He said that they are definitely more instinctive than the average golfer,” Cullum said. “The one thing Furyk tries to do is to focus on a slow takeaway and then everything else after that is without thought. He just lets the right side of his brain take over.”

How good of a player is Fluff? He shot even par on the difficult Dye family-designed course and offered swing advice to a member on the back nine.

“He’s a super nice guy,” says Cullum. “We’re thrilled to have him out here anytime he visits.”