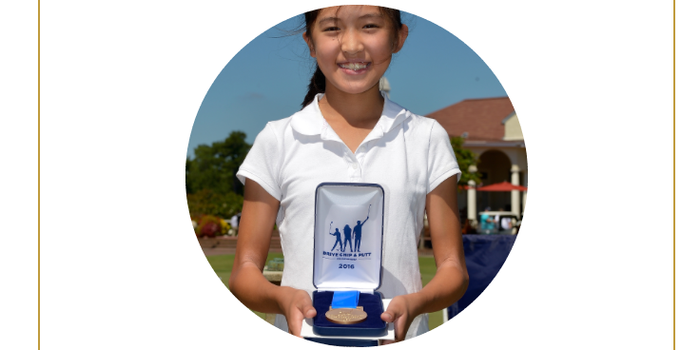 A joint initiative founded in 2013 by the Masters Tournament, United States Golf Association and The PGA of America, the Drive, Chip & Putt Championship is a free, nationwide junior golf development competition aimed at growing the game by focusing on the three fundamental skills employed in golf. Girls and boys ages 7 - 15, advance through local, sub-regional and regional qualifying in order to earn a place in the National Finals, which are conducted at Augusta National Golf Club the Sunday before the Masters Tournament.

Qiu, who lives in Great Falls, Va., competed in the Mid-Atlantic qualifier held at Pinehurst Resort & Country Club in September to advance to the national championship.