Augusta National: For Whom the Golden Bells Tolls 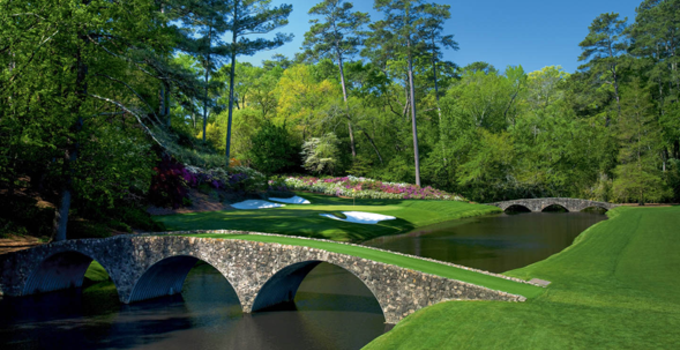 Take it from a man who holds the record for most starts at The Masters: the 12th hole at Augusta National is terrifying.  Gary Player has teed it up in a staggering 52 Masters, and we’re guessing not once did he feel comfortable over his tee shot at the hole named “Golden Bell.”

At 150 yards, the 12th is the shortest hole at Augusta, yet, more often than not plays as one of the most difficult.  And, as we witnessed yesterday, it’s also one of the most pivotal.  Historically, Golden Bell averages 3.28 strokes making it the third hardest hole on the course – which, again, is crazy considering its length.

So, what makes it so tough?  Well, for starters, the green is roughly 10 yards wide, that’s not a lot of landing area over the front bunker.  If you’re short of the green, you’re wet and looking at double bogey at best.  If you’re long, you’re in the back bunker, or worse, and facing a tricky up-and-down with Raes Creek lurking in the distance.

Next, the wind.  Set at the bottom of the hill, the wind at the 12th hole swirls.  If you played Augusta National on Tiger Woods’ PGA TOUR 2014, you know what I’m talking about; they have the wind going in circles and you have to time it right to hit the green.   The wind plays havoc with club selection and wrecks nerves.  It can mean the difference between keeping your green jacket, or putting it on the shoulders of someone else.  Ah yes, ask not for whom the (golden) bell tolls … it tolls for thee Jordan Spieth.