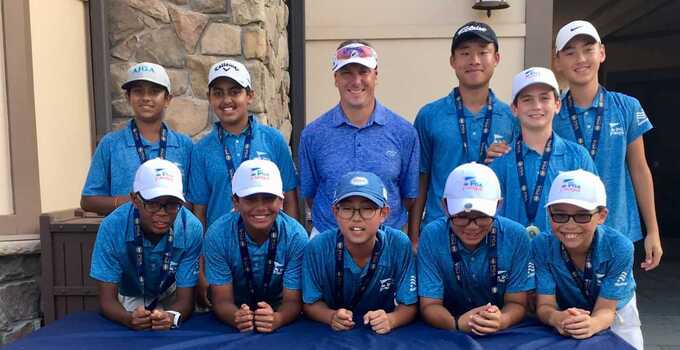 Congrats to the 1757 PGA Jr. League All-Star team on winning the Mid-Atlantic Championship! The tournament, featuring 120 junior golfers, was hosted at 1757 Golf Club in Dulles, Va., on Aug. 25 – 26. With the victory, the 1757 All-Stars advance to the Regional Championship, to be held Sept. 29 – 30 at Raintree Country Club in Charlotte, N.C.

Each Regional competition is comprised of four Section Champions from each of the 12 regions across the country. If the 1757 All-Stars win the Regional Championship, they will advance to the PGA Jr. League Championship at Grayhawk Golf Club in Scottsdale, Ariz., on Nov. 16 – 19.
The team, pictured above, includes:

Best of luck in the Regional competition!