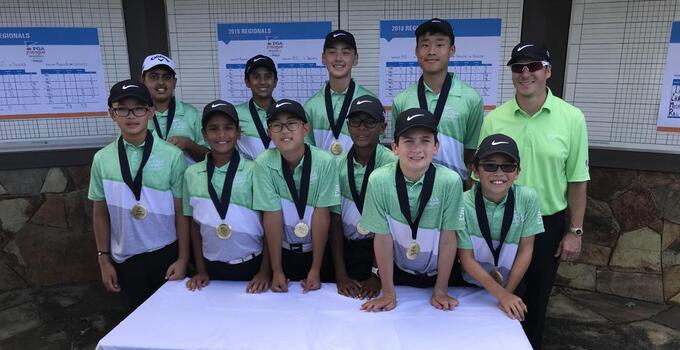 The team competed in and won the PGA Jr. League Regional Championship hosted at Raintree Country Club in Charlotte, N.C. on Sept. 29 – 30. Finishing with a 2-0-1 record and 22.5 points, they defeated the Michelle Holmes All-Stars by just ½ point to advance to the Championship.